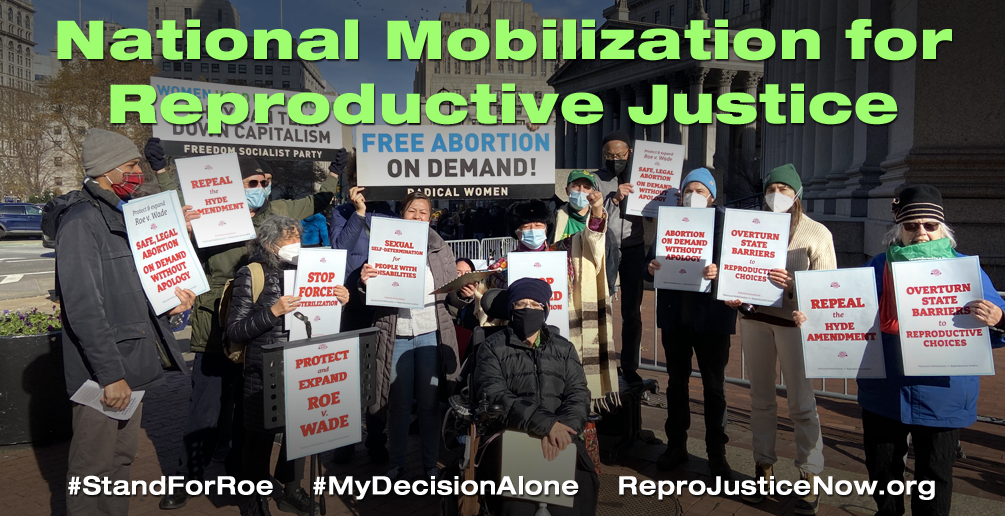 On December 1, the U.S. Supreme Court heard a challenge to Roe v. Wade that severely threatens access to abortion throughout the land. A decision is expected in early summer. Now is the time to build a powerful movement to confront right-wing opponents of reproductive freedom and show the justices that reproductive justice cannot be denied! On January 22, the anniversary of the Roe v. Wade decision, it is urgent to act, speak out, and educate about how abortion is a life-and-death health issue, a question of economic justice, and a basic human right. Join the movement to defend the right of women and all people to control their own bodies. We say: #StandForRoe #MyDecisionAlone


What we call for:

Photos from the San Francisco protest of Walk for Life ProBonoPhoto.org

“Reproductive Rights Are on the Line,” Real Change

Slideshow of National Mobilization actions, with excerpts from speeches

“Experts weigh in on Supreme Court decision on abortion,” AZfamily.com

Info on the Mississippi case before the Supreme Court

Labor involvement in the fight for reproductive justice

Downloadable color posters for the 10 demands of the National Mobilization

Suggested chants (print back-to-back and cut in half)


How you can help


Donate to costs of the national campaign

Do bannering and leafleting at bridges and intersections

"Unsung Mothers of the Movement: A Radical Herstory on Black Southern Networks Facilitating Abortion Access Before and After Roe v. Wade," by Hailey Broughton-Jones